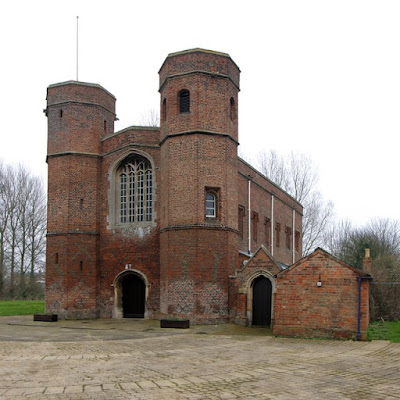 This year, All Saints, celebrates the two hundredth anniversary of its consecration. It is best described as 'simple preaching-house style', but the building incorporates stonework (mainly window tracery) salvaged from a much older church, which stood about a mile away, and collapsed around 1809 because it was built on a sandbank! Its most outstanding feature are the engraved glass doors between the narthex and the nave, commemorating members of the Bateman family (proprietors of the local brewery). There are also two stained glass windows either side of the altar. The riverside path at the end of the churchyard is ideal for viewing swans and sometimes other wild animals. Postcode PE24 4BW