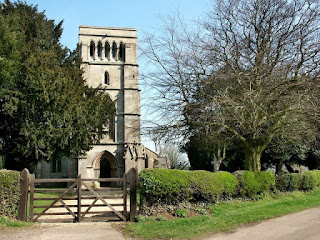 Grade II listed church with 13th and 14th century features and a 16th century octagonal font.  It is built in the early English and Perpendicular styles.  Extensive rebuilding in 1853-54 by Stephen Lewin but it still retains many of its original features.  Edmund de Grimsby, later a prominent judge and Crown official was parish priest here in the 1320s.