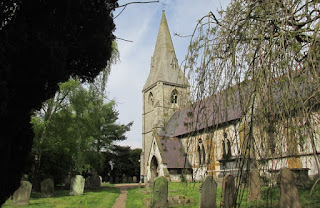 The church will be decorated with flowers from the two weddings to be held during the previous week.  This church was rebuilt in 1863 under the direction of Louth architect James Fowler. The external walls are made mostly of Ancaster stone and internally lined with red brick.  Features from the original building remain and include the arch leading to the tower, the font and the three bells which had hung in the old church since the 16th century.  Outside there is the tomb of Everitt Allenby Esq. the benefactor who financed much of the rebuild.