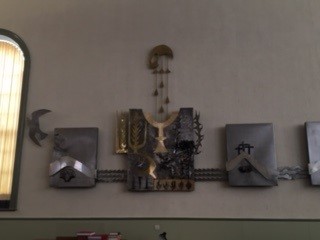 The building was built in 1837 and retains the original street frontage.  The interior was extensively modernised during the late 1990s, early 2000s.  There is a memorial plaque to those members who died in the First World War, as well as a plaque in recognition of the church being used as a Red Cross Auxiliary Hospital, for troops returning from the front line.  There is a steel sculpture along one wall.