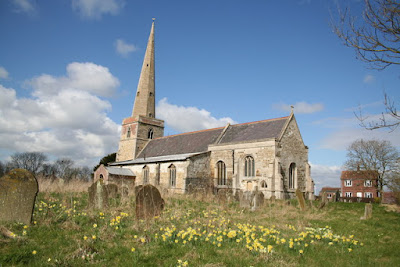 This 13th century church has a tall, slender spire, which for centuries has guided sailors along the Lincolnshire coast, giving the church the nickname of'The Queen of the Marsh'. The building is mainly from the 13th century, but the tower and spire were added somewhat later, and many windows were inserted in the 15th century. Its spacious interior contains a superb 15th century font carved with the instruments of the Passion. Postcode LNI I 7BW