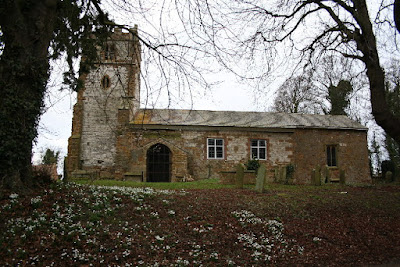 11th century Norman Tower with Vesica window. The nave has stout sloping walls which are perhaps as old as the tower, with a Norman doorway on the south side. Woodwork includes 15th-century screen dividing the nave and chancel, two old chairs with men's heads carved on the arm rests adorned with an eagle and a pigeon.

The copyright on this image is owned by Richard Croft and is licensed for reuse under the Creative Commons Attribution-ShareAlike 2.0 license.